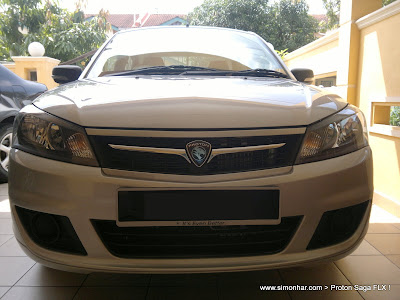 Continuous Variable Transmission (CVT) is something yours truly is still new with. In fact, driving the Proton Saga FLX 1.3 is the first time I've ever driven a CVT equipped car. CVT is becoming more popular these days thanks to its smooth operation, lower cost structure, lighter and also more fuel efficient.


The Saga FLX my dad just got from his company was the low-end variant, where the Executive variant will get extras such as Dual SRS airbags, ABS, EBD, alloy wheel, fog lights, coloured wing mirrors and door handle, steering wheel with audio switches and other amenities with just an extra of RM3.5k. I still don't understand why Proton doesn't equipped the entry level Saga with at least a driver airbag, does it really affect the selling cost so much? 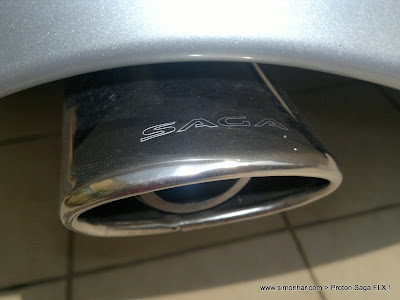 Proton's attention to details are awesome!


While the exterior looks contemporary with the chrome grille and LED taillights, the cabin is a sad scene. For a RM41,798k car, the plastic used is dreadful, worse than the plastic used in some of the car in the same price range. The plastic parts are rough, hard and hollow to fingertip knocks. The driver and front passenger seat's backrest were slightly loose at every inclination angle.

Some places of the steering wheel are hard and uncomfortable to the touch due to poor fit and finishing. The driver's exterior door handle is difficult to be operated too. The saddest thing is that we are in the 21st century, but the rear seat can't be folded! 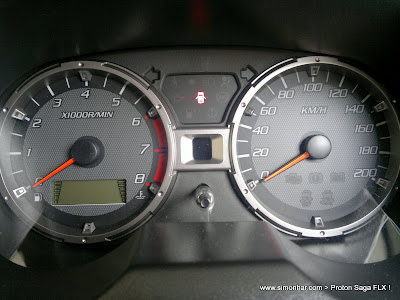 The Saga FLX 1.3 unit I drove just clocked 50km in the odometer. While on the go, the steering wheel assembly also felt slightly loosen, it vibrated (but not apparent) while going on rough grade road and bumps, hopefully the service centre can solve this in the first service. The car was jerky at low speed, not sure whether it's caused by the CVT or the still-tight engine. Road noise and compressor noise intruded greatly, but it's forgivable since it's an entry level car. 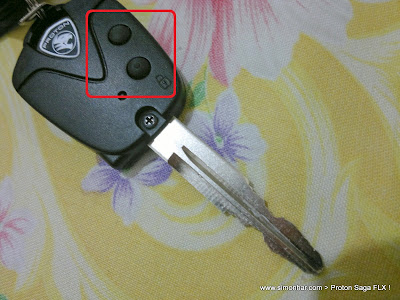 I understand the Saga is an entry level car, but take a look at the key/remote control. Do Proton really has to save cost by putting the same size/colour buttons? At least put a red button for the alarm like for the Wira. You'll won't be able to feel the tiny little dot on the door lock button too. The similar buttons cost me accidentally pressing on the wrong button at night, causing the alarm to sound off! Hopefully I didn't wake any of my neighbours up! 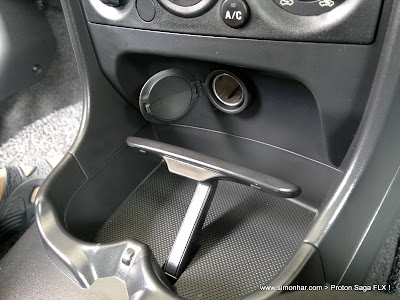 A power socket above the cup holder, genius... 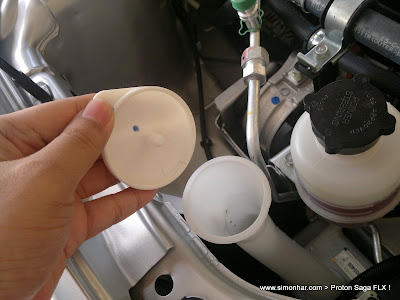 Another cost cutting measure, wiper reservoir cap is not attached together with the reservoir. Even my dad's old Kenari is attached... RM41k is not exactly cheap to me as an entry level car! Proton has done right with its Exora but too bad it's a different case for the Saga. With such quality, I'm glad that the Proton Saga is not sold in UK because it might suffer the same fate of the Perodua Kelisa 'tortured' by a British automotive TV programme presenter, if you know what I mean. Thankfully the negatives end here. 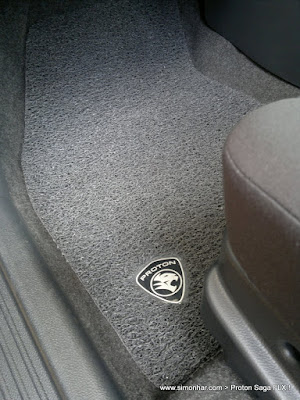 It is very generous of Proton to provide such a nice carpet! There is also a first aid kit, luggage mat and trunk lid cover (the insulator under the trunk lid) for the trunk. Too bad I would rather save on all these extras to get more features! There is also ample space for 2 adults to fit at the back comfortably, with more than enough legroom and headroom for a 175cm occupant like me. 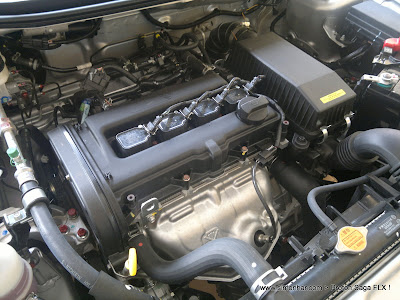 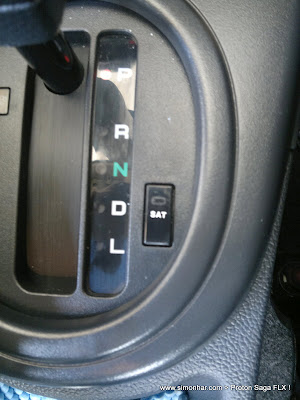 The CVT was lively and gave a smooth ride at high speed. There's a SAT button beside the gear level that will imitade the behavior of a normal automatic gearbox. My recommendation is to stick with the normal CVT as the SAT doesn't provide more power, but also consumed slightly more fuel and makes the engine sounds rougher. The 1.3litre IAFM engine produces 94bhp and 120Nm at 4000rpm, mated to a 6-speed CVT gearbox, sounded a bit like a diesel engine when you turn the ignition on, but it was relatively quiet when the speed increase, thanks to CVT which brought the rpm down for about 500rpm compared to Saga FL at 80km/h. The powerplant also felt like willing to be pushed too!

Revised suspension for the FLX include thicker anti-roll bar at the front, from 19mm in the FL to 21mm in the FLX, stiffer springs and revised rebound rate which offers 20% to 30% more stiffness. The result, a well-controlled body when going through a corner. While the body roll is still apparent, it shouldn't make the occupants uncomfortable. However, occupants' comfort is sacrifice since the suspension setup is stiffer now, especially for the rear passengers. I love the well-weighted steering wheel, but my dad who are used to city cars with lighter steering wheel said the steering setup is a bit too tight for him.

Based on first impression, the CVT looks promising and the revised suspension is welcomed. The major letdown is the hugh quality problem. If you really want to get a Saga FLX, get the Executive variant as the features it has worth every of your penny. 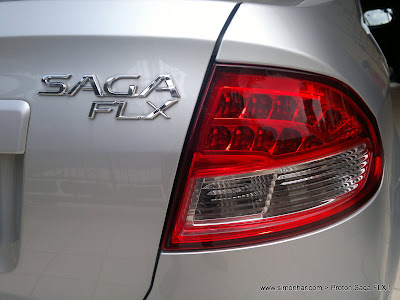 One of the best angles of Saga FLX

Email ThisBlogThis!Share to TwitterShare to FacebookShare to Pinterest
Labels: Proton